Judwaa2 has proved that it is not just a remake of the super hit Salman Khan movie from 1997, in fact, it is an ode to all goofy, filmy, masala comedies from the 90s. The film closed on Rs 98.08 crore, a little short of Rs 100 crore on its seventh day at the box office.

On the very first day, Varun Dhawan, Taapsee Pannu and Jacqueline Fernandez starred ‘Judwaa 2’ was able to beat Shah Rukh Khan’s ‘Jab Harry Met Sejal’ and gain the fourth spot in the list of the highest openers of 2017, leaving the superstar’s movie in the fifth position.By the end of the first weekend, Varun Dhawan was able to earn more than Akshay Kumar’s ‘Jolly LLB 2’ and ‘Toilet: Ek Prem Katha’, and secure the fifth position in the top 10 list of highest weekend gross movies of 2017.

Hero, Varun Dhawan has impeccable comic timing and is comfortable with punch lines and slapstick. He can dance like Govinda but also be bare bodied like Salman and show off his toned abs. Theatres report that every show was almost packed and every joke resulted in much hooting and whistling. Each time, Varun did an SRK impression and said, “Ammi Jaan kehti thhi” they cracked up even before the joke was done.

Despite being panned by critics, Judwaa 2 has got a thumbs up from fans. After Badrinath Ki Dulhania, Judwaa 2 is Varun’s second biggest hit of 2017. Now all are eagerly looking forward that after a smooth first week if Judwaa 2 will be able to survive Saif Ali Khan’s new film Chef which opened on friday? 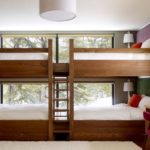