We had a lot of fight with our north Indian friend regarding our language.  Its our diverse culture, and we should be proud of it. Here, we are going to find some interesting facts about Indian Languages!

Article 343(1) of the Constitution of India states that “The official language of the Union Government shall be Hindi in Devanagari Script”. “Unless Parliament decided otherwise the use of English for official purposes was to cease 15 years after the constitution came into effect”.That is on 26th January 1965.

The constitution of India made a provision for each of the Indian states to choose their own official language for communications at the state level.
There are many languages listed in the 8th schedule of the constitution which may be used by the States for official purpose. Initially 14 languages were selected under 8th schedule.
They were :
Later Sindhi was added as the 15th language through 21st Amendment Act of 1967.
Three languages were added by 71st Amendment Act 1992. They are Konkani, Manipuri and Nepali. 92nd Amendment Act 2003 added 4 more languages to the 8th schedule, they are Bodo,Mythili, Dogri and Santali.

Examples:
English is the official language of Nagaland and Meghalaya.!!!But English is not in the list of 22 scheduled languages as per 8th schedule. 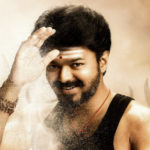