Innovators are people who have a different perspective on the problems they face. They don’t see problems as problems but as a path to innovations. We have seen countless innovations that are fascinating.But all these innovators will have only one or two creations to their names.However, that is not the case with this man hailing from Assam.
Uddhab Bharali, an innovator from Lakhimpur district of Assam, has about 140 creations to his name.

As a student Uddhab was extraordinarily Brilliant.He was made to stay outside his class for asking tough questions during the mathematics class. He excelled in academics, and was double promoted twice, from class I to III, and again class VI to VIII. However, due to his poor financial condition, he dropped out of the engineering college.

His family’s financial condition made him choose the path of innovation.Uddhab decided to start a polyethylene-making business to rescue his family from debt.But instead of spending lakhs of rupees for buying the machine he decided to design a machine himself only for 67000 rupees. 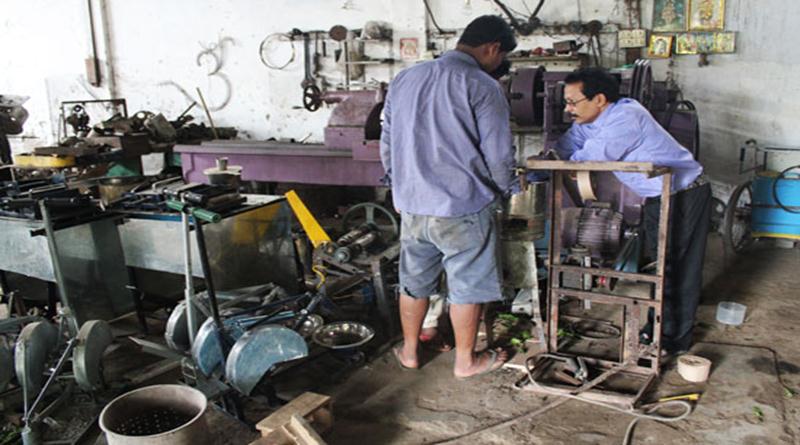 The success of this machine gave him the confidence to develop more.During the period of 1990 to 2005, he invented around 24 machines. Uddhab continued making products for rural public and commercial purposes. He faced many challenges during his journey, remembering it he says,
“I have seen so many low moments in my life. Had I sat back and complained, I would never have known what I was capable of. I kept working and thinking until I overcame whatever hurdle came my way. So, I believe failure is just a situation. Your action is the solution.”

In 2005, Uddhabs talent got recognized when National Innovation Foundation, Ahmedabad took him as a Grassroots Innovator. In 2006, he came up with one of his most successful invention, “The pomegranate de-seeding machine”. This machine was recognized as one of a kind not only in India but around the world. The simple little machine separates the outer cover and thin inner membrane of the fruit, without damaging the seeds within. However, the simple device is very effective since it can work on 50-55 kgs of pomegranates per hour! With such a capacity, it is no wonder that the de-seeder has even been exported to the US and Turkey. 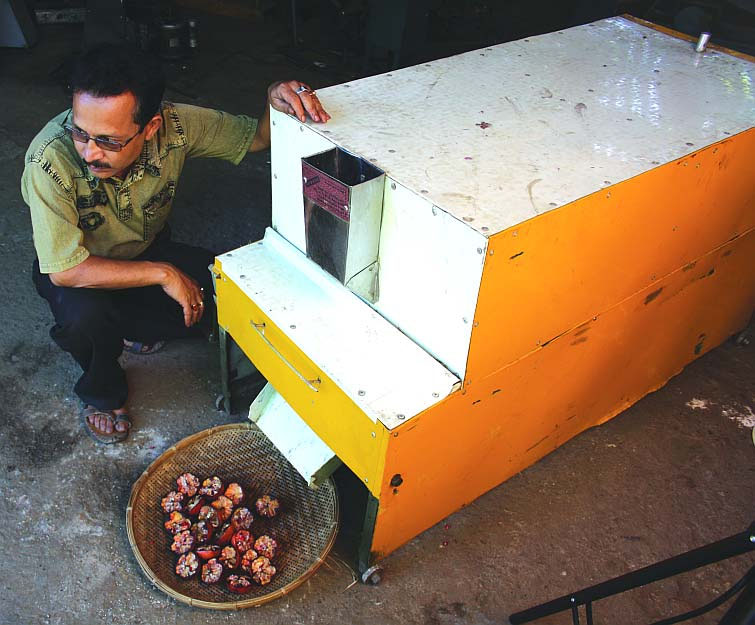 Bharali also developed an areca nut peeler as a solution to the wounded fingers from the peeling of the nuts.This simple machine could peel up to 100 -120 nuts per minute.

In 2009, Uddhab received the ‘President’s Grassroots Innovation Award’. He also received the ‘Shristi Samman Award’ in 2007. He is the winner of engineering design contest organized by NASA Tech ‘Create the Future Design Contest’ for the year 2012 and 2013. He also won the ‘Rashtriya Ekta Samman, in 2013. 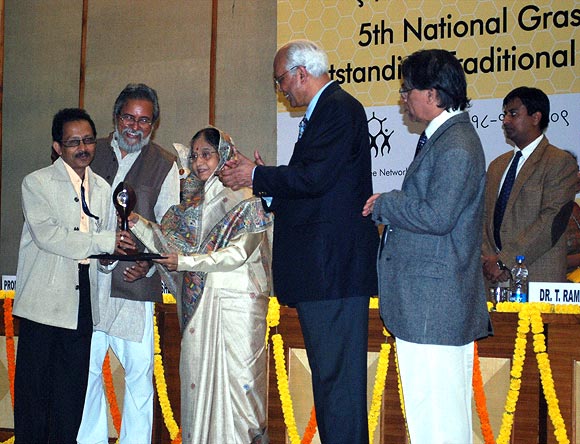 Besides being an innovator, Bharali likes to explore new fields as well. He has an informal degree in Homeopathy.

He has opened the UKD Trust through which he gives a monthly pension of Rs 1,200 each, per month, to six widows. Further, three physically challenged individuals get Rs 2,500 each, per month. Apart from this, Uddhab also runs a small research and training institute where he educates and trains underprivileged students in technology. He also has an orphanage, an old age home and a museum in the works! 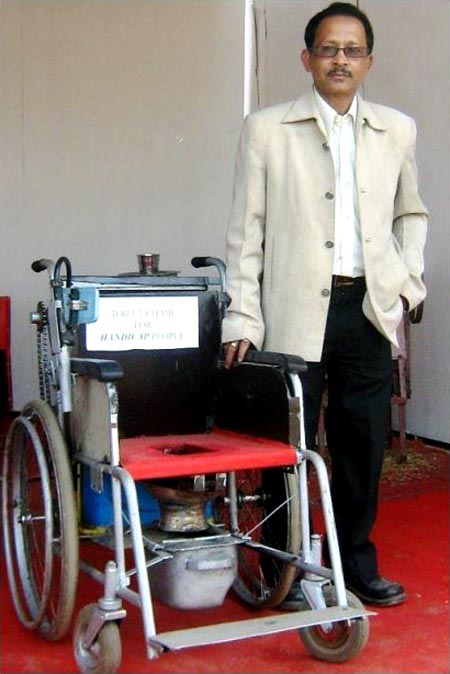 Bharali says“Through my innovations, I want to reach out to those who are living below the poverty line, nationally and internationally. I don’t want to make any profits for myself. I have made that clear to my family as well. Sometimes they think I am crazy, but I think it is the want of luxuries that drives you crazy. I believe that if you cannot help society through your knowledge and capabilities, you are living a worthless life.”

Mark Twain said- “Thousands of geniuses live and die undiscovered, either by themselves or by others”. After reading this man’s inspirational story lets make a promise- ‘not to die undiscovered’. Be a genius by living a worthy life. Discover yourself today and decide how to lead a worthy life. Do it and then you will be discovered and moreover followed by others one day!!!